Yukina Shirahane is the main protagonist of Kuromukuro. A 2nd-year high school student of Tateyama International High School. Her mother is the head of Kurobe Laboratory, and she has a younger sister named Koharu. In the future, her dream course is to go to Mars. Because she looks similar to Yukihime, she is taken away by Kennosuke who was revived, and taken on board to the Kuromukuro. She is the navigator of the Kuromukuro geoframe.

A second year student at Tateyama International Senior High School. Her super busy mother is Chief Researcher, but Yukina’s easygoing personality is the exact opposite. She talks about river terraces with a self-satisfied look and her hobby is studying contour maps.[1]

Yukina has chin length dark blue hair and cyan blue eyes, has pale skin and is petite. She wears a red ribbon on her head, and is usually in her school uniform, which is a white shirt with blue ornamentals on it, and dark teal skirt that reaches to the end of her thighs. She wears white socks and dark brown shoes along with it.

Yukina appears as the opposite of Kennosuke, as she is a timid and shy one, with a strong sense for avoiding any kinds of violence. She's a caring person for her family, as her mother is away and she only lives with her younger sister and her uncle.

Yukina is the navigator or co-pilot for Kuromukuro. She could read the warning the Kuromukuro send and translate it for Kennosuke while in battle.

Yukina resents her mother's focus on her work, but secretly likes the independence it gives her. Due to her mother often being at work during mealtimes, Yukina has learned to be quite a good cook and cooks many meals for her uncle and sister.

He is the pilot of the Kuromukuro along side of Yukina as the Navigator. Waking from Yukina interacting with the cube of the first Oni attack in over 450 years, he mistook Yukina for being a princess named Yuki that he once knew.

At first their relationship is one of reluctant partnership and much exasperation an Yukina's part, as Ken learns to navigate this future world. Later however, after their relationship has had a chance to develop, Kennosuke declares his intent to take her as his bride and in episode 24 refers to her as his wife, hinting at romantic feelings. 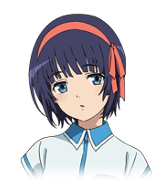 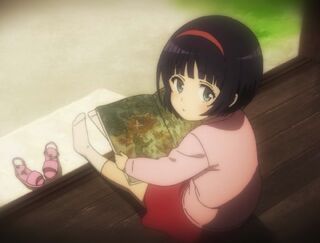 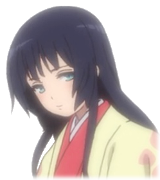 Yukihime has a striking resemblance 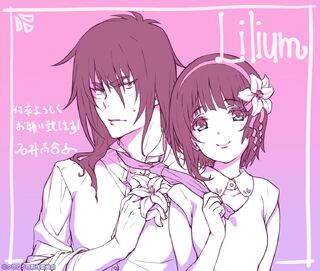 Retrieved from "https://kuromukuro.fandom.com/wiki/Yukina_Shirahane?oldid=2003"
Community content is available under CC-BY-SA unless otherwise noted.